It’s time once again for my annual round-up of science, and science blogging by the numbers. You can also read the 2013 and 2014 editions.

The number of posts, which by all accounts isn’t that bad since I was away for 4 months on Tristan da Cunha and Gough Island, and away for most of May.

The most popular posts this year were:

Like most writers, I think some my favourite bits are missing from this list, like tips for applying for field jobs,or how to be an LGBTQ ally at conferences, or the continued under-representation of women in NSERC major awards.

The number of page views this year. I continue to be amazed that there are people out there who are interested in the ramblings of a wayward Canuck navigating the world as best he can. My deepest thanks.

The number of countries/autonomous regions represented by those readers. Wow.

Days I spent in the field, on Tristan da Cunha and Gough Island. I hope to have a post on time spent in the field sometime in the new year. Suffice it to say, it’s a long time, and filled with rewards and challenges.

The number of new papers published this year, up from 10 last year thanks to some exceptionally productive co-authors! Many of them were also a glut from postdoc work that have finally seen the light of day. I think this reflects more my career stage than productivity: I suddenly have staff, and a glut of collaborative projects.

My Gender Gap for co-authors in 2015 (the ratio of female:male coauthors). Not particularly happy about this one, but I will take some solace in the fact that I inherited several projects that had a large number of male collaborators. Need to do better next year.

The number of posts I have started this year, but not finished for various reasons. Not happy about that one, either, since I think they’re all important things to write about, and I think I have some thoughts to contribute.

The number of keyboards that died on me this year. Was it something I typed?

The size, in ml, of the average Atlantic Yellow-nosed Albatross egg, which has remained unchanged since at least 1854. Just one of the highlights of a paper I’m working on at the moment.

The number of family members lost this year who told me I could do anything. 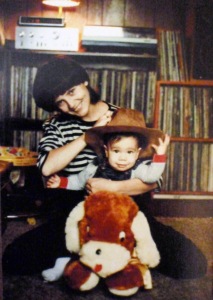 Here’s to a happy, productive, and successful 2016!